When you configure Xink rerouting using PowerShell you don’t type credentials in the web console. FYI - We don’t have access nor do we store any credentials typed in the console.Below PowerShell, method is for IT professionals.Prefer the web console, which is less technical?Back to the web console and get familiar with the basics.Configure Server-side using MFA-enabled Microsoft 365 admin accounts.

How to configure rerouting using PowerShell

The script uses two credentials – one is for Microsoft 365 and the other is for Xink cloud itself. We will save both into PowerShell variables and use both in all subsequent commands. 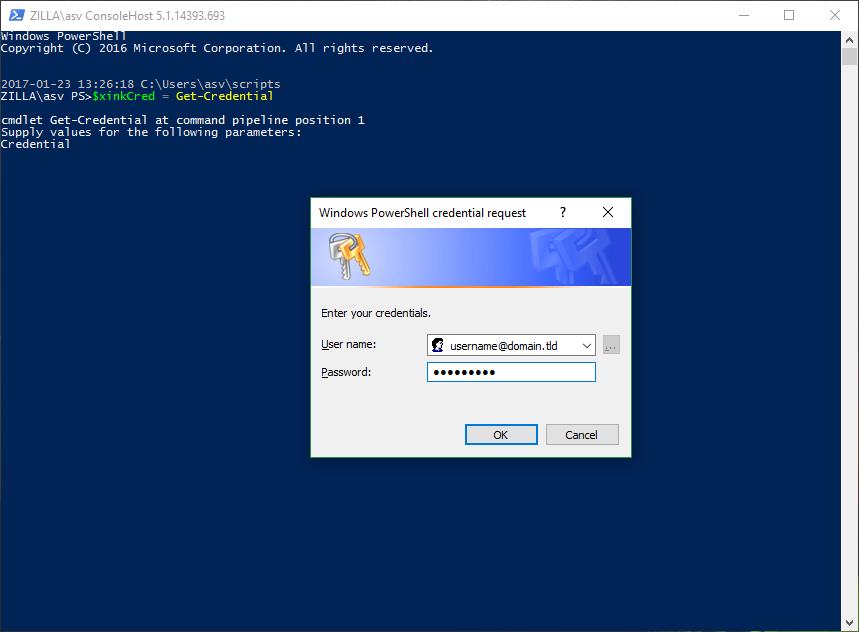 Type $o365Cred = Get-Credential and type your Microsoft 365 global admin username and password into the window. 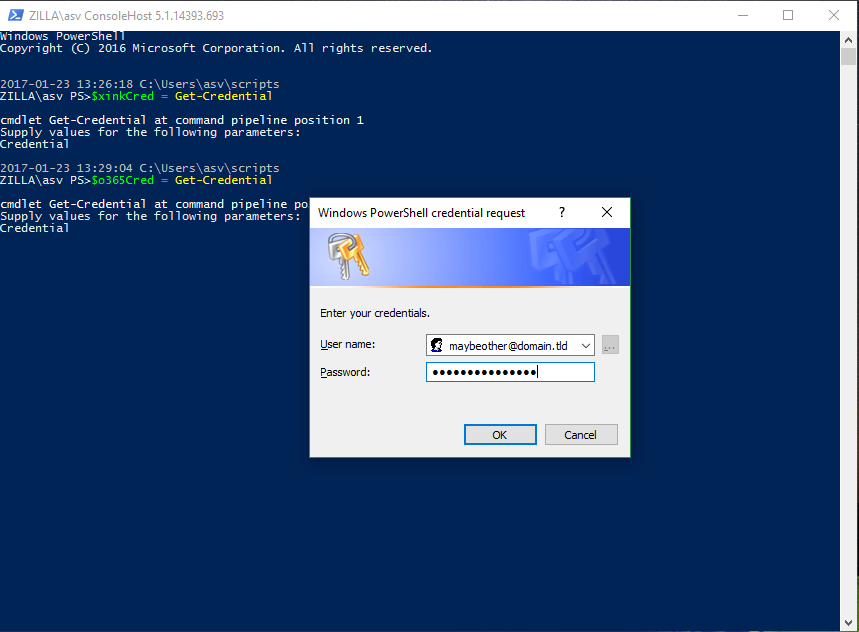 The script uses Microsoft 365 credential only to create PowerShell remote session to Microsoft servers and Xink credential to obtain the access token. The script is distributed in sources, of course, it is possible to open it in a text editor and check what it does exactly.

Both variables are saved, now configure Xink and Microsoft 365. Just one command with credentials mentioned above as arguments. 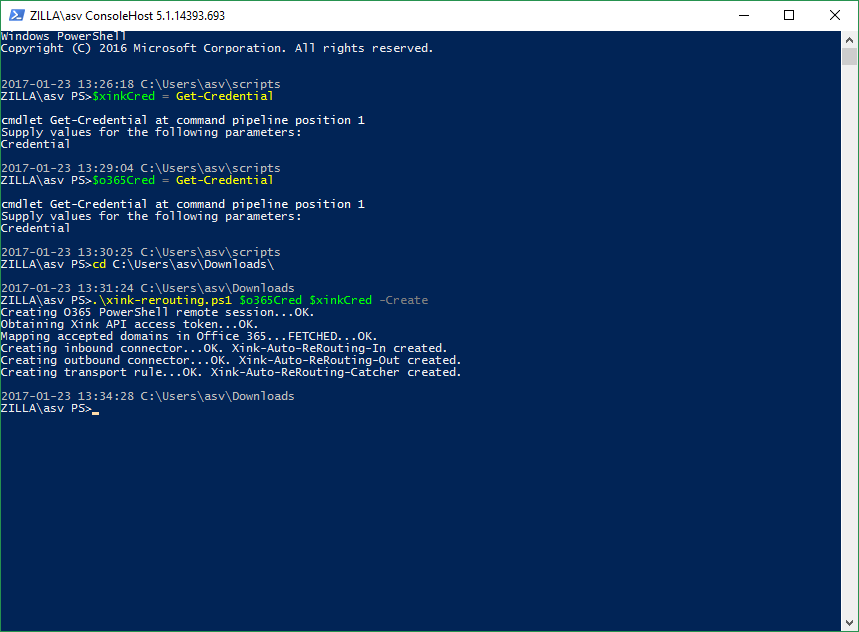 The script creates a typical rule which would catch all messages originating from inside an organization. Any further manual customizations are possible, say, adding a group of people who use Xink and routing only emails sent by members of this group. There is only one requirement: the rule must check X-Xink-Handled header, and if it is set to “Yes” do not route the message back to Xink.

Running the script without -Create or -Remove switches shows the current status of rerouting.

This command requests Microsoft 365 accepted domain list, compares it to Xink domain map and cache, then looks up for the inbound connector, outbound connector and the transport rule. Only objects created by rerouting configuration script or by the console itself would be recognized.

Here is a sample output:

This command requests Microsoft 365 accepted domain list, saves the list to Xink domain map and cache. Then it creates an inbound connector, outbound connector and the transport rule to catch outgoing messages.